Weeks ago, I wrote an introduction on what was happening in Jordan. Apparently, I still have further things to elaborate on…
Widespread protests keep taking place despite the Police’s promise to crackdown on any incitement to violence. Demonstrations first broke out as a result of an announcement that has been considered the last straw: a future spike in prices of fuel and gasoline, staples that have been subsidized over the years in order to ease the burden on the population and to thus guarantee an artificial stability (as several Arab countries do). This decision has been justified citing an imposition of the IMF and the need to forestall a fiscal crisis, even though some pundits believe it won’t really represent huge savings for the Treasury, and will actually worsen an already difficult economic situation the current rulers seem to disregard and that won’t be solved merely handing out cash payments to ease the pain.
It seems King Abdullah II is facing a new sprout of the “Arab Spring”: people see no chance whatsoever of engaging in a comprehensive dialogue, the regime has been unable to provide with meaningful reforms (the succession of puppet Parliaments without time to reach an agreement hasn’t helped) and, above all, the economic situation is becoming direr by the day. However, it’s unlikely the immediate results will be the same as in Tunisia, Libya, Yemen and Egypt: even at their height, the demonstrations usually draw only a few thousand people, far from the massive uprisings that toppled governments in neighbouring countries.
Protests, notably in Amman, escalated after a young man was killed and dozens injured last week during an attack against a Police Station, particularly after last Friday prayers. And this time they present unprecedented characteristics: people chant slogans for freedom (“freedom for a ballot you like it or not”, for Revolution and, breaking a long-held taboo (and defying the Kingdom’s laws) for the King to be toppled. Pictures of the latter have even been burned. But don’t be fooled: many Jordanians still profess sincere loyalty to their King: some out of genuine love and respect, some because they worry about a spillover of the Syrian conflict (thousands of refugees are already posing problems in the North of the country) and demand stability, and some consider he is the only figure who is able to guarantee the rights of all minorities (specially, the Bedouin one). Moreover, widespread violence has shocked many ordinary Jordanians, who despite supporting the call for political reform, admit they are not ready for an actual revolution.
Even though the protests have been peaceful up to this point (barring the torching of cars and police stations), the situation can easily degenerate and spiral out of control, especially if the Government (backed by the Royal Family) decides to intensify the crackdown. Some see the Parliamentary Elections which are scheduled to be held in January as the real final test for the regime. And some consider the country’s main opposition group, the Muslim Brotherhood, is playing with marked cards, as it recently decided to distance itself from demands to end the monarchy.
Changing tack from previous occasions, Gulf countries have not come to the help of their fellow Jordanian King, neither with a bail-out, nor providing the state with cheaper natural resources. Where is the Arab solidarity the Arab League is based upon. Or does that mean these countries are really respecting the will of the people and are really mirroring the change of tide experienced by the international organisation since the Arab Spring erupted (as they did with Libya and Syria but not with Bahrain)? 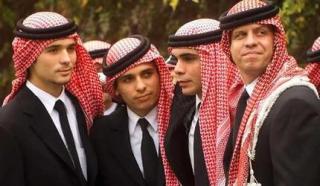