In what many consider the most serious spillover of the Syrian conflict into a neighbouring country (others grant that honour to the car explosion that took place in Beirut last year), approximately 40 Syrian soldiers who were escaping from rebel attacks and crossed the border with Iraq and were accompanied by Iraqi soldiers were killed by unidentified gunmen (some blame Al-Qaeda, there’s no evidence to that) in the Iraqi province of Anbar (a Western territory with, coincidentally, a Sunni majority and also epicenter of the recent unrest). Even though the authorities claim they’ve not picked sides, Prime Minister’s Maliki’s covert support of Assad’s regime has been denounced by several observers. You simply cannot back a dictator who has already massacred more than 70,000 people, wounded much more and chased away hundreds of thousands, even if you act out of strategic reckoning, and expect your population to stay quiet. 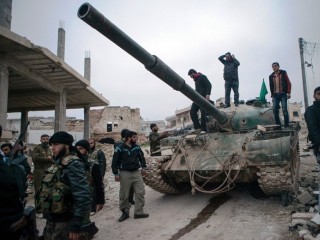