Even though small governing bodies have been set up in rebel-held areas, the Syrian opposition on the ground is trying to put into place a province-wide authority controlled by civilian, and not military, authorities, and has announced the creation of a 29-elected members provincial council in the battered city of Aleppo. This move has been hailed as an optimistic first step towards the laying of the foundations for a future Syrian state that will rise to power once Assad is overthrown. It is however unclear how these representative bodies will interact with the Syrian opposition in exile, which has been already recognised as a “government-in-waiting”. 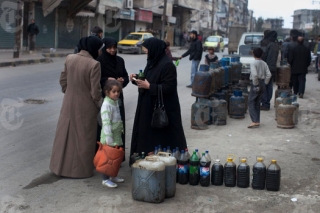