When it comes to analyzing the so-called “Arab Spring” (a term most pundits increasingly warn against, but that nowadays holds a significant meaning and won’t stop being of widespread use anytime soon), a question that comes to many people’s minds hinges on the extension of the movement. Has it spread to all Arab countries? What about the Gulf monarchies? Have they been really spared of the unrest or will it eventually increase reaching their neighbour’s dimension or, worse still, consequences? Notable cases in point are the United Arab Emirates and Oman.
In the United Arab Emirates, 94 people have gone on trial on charges of trying to overthrow their Government, in a process that many human rights watchdogs have shown concern towards, stressing irregularities, arbitrariness and lack of transparency. Coincidentally, the suspects include human rights lawyers, doctors, academics and student leaders, all of them arrested throughout last year, after having advocated the granting of greater political rights to Emirati citizens. They are accused of founding a secret network with links to the Muslim Brotherhood, with the final aim of organizing a coup and overthrowing the current regime, thus being able to replace it with a strict Islamist regime (opposed to the liberal state the UAE is). Most of them are indeed part of a MB-affiliated group called Al-Islah.
In 2011 and as an immediate result to uprisings in neighbouring countries, notably Bahrain, the UAE already sentenced to prison a certain amount of activists who had been campaigning for a more representative government. The authorities also proceeded to shut down the offices of US-National Democratic Institute and Germany’s Konrad-Adenauer-Stiftung. But despite the increasingly significant activities carried out by the MB-branch, political activism still has not deep grassroots support in the country, and was limited to the sending off of petitions to the President asking for the Federal National Council to be given more legislative powers or for a fully elected Parliament. The UAE has not had to confront the kind of demonstrations and unrest other Arab brethren countries have.
For its part, generally non-violent protests inspired by their neighbour’s revolutions also broke out in the Gulf Sultanate of Oman last year, and were met with repression and arbitrary arrests that sparked demonstrations and sit-ins in other cities and towns. The protests mainly focused there on its social contract’s not being generous enough. This week, the country’s Supreme Court ordered the retrial of 11 activists who were jailed as a result of one among many demonstration’s quelling and convicted of forming an illegal gathering. Other activists were imprisoned for simply “slandering the country’s ruler”, Sultan Qaboos. It was not immediately clear if their case would be heard by the Supreme Court. As protesters not only called for more freedom and democracy, but also against  unemployment and state corruption, the oil-rich country, following the example of its fellow Gulf neighbours, sought to placate them by pledging to create tens of thousands of public sector jobs. However, delays in implementing the promises have kept the protests simmering, some of them being nowadays even directed against the sacred figure of the Sultan Qaboos (although criticizing him remains taboo), as happened in both Morocco and Jordan. The latter has not designed a successor, and many consider this an opportunity for the future of the country, who will then probably be ruled by an inexperienced and thus weaker autocrat.
Both the UAE, Oman and other Gulf countries, in spite of having supported up to a certain extent the overthrown of dictators such as Gaddafi and eventually Assad, have shown increasing concern towards the evolution of the “revolutions” that have shaken the entire region, and did even intervene to quell protests in the tiny island of Bahrain. The Gulf Governments have thus tried to avert any kind of contagion by any means, notably showing little tolerance of home-grown dissent and taking on Western pro-democracy organizations. Their armies or private militias have experienced a notable growth two years from now. But they have nothing to be worried about, at least for the moment. There are two main reasons why stability still reigns within the six Gulf countries. On the one hand, these countries have been built on tribal foundations, the ruling families can resort to ancestral allegiances and are able to claim more legitimacy than nationalist dictators in other countries could. The leader’s legitimacy has up until now almost never been questioned by the few protesters that have dared to take to the streets. Precisely that’s one of the main features scholars point out when they draw the differences and parallels between the countries that have been either affected either spared by the “Arab Spring”: the former have been Republics where the autocrats were planning on handing over power (or did so in the past) to their so-called reformist sons (chiefly Gamal Mubarak, Bashar Al-Assad and Saif Al-Islam Gaddafi).
On the other hand, these oil-rich wealthy countries have spared no money allocated to subsidies and job-creation, thus strengthening the social contract that holds the state together. These nations have not had to face what some called “bread revolutions”, but their entire existence depends on clientelism and assuring general well-being, even within an authoritarian country. Their rules will have therefore to continuously update and bankroll these social contracts, and will probably be confronted with the duty of improving underperforming educational systems, as well as progressively opening up to the “outer world”, particularly regarding freedom of speech. They will also have to tackle a widening wealth gap between its population and expatriates from all around the globe, who seem to be getting the best jobs from the average Gulf nationals. More importantly, for how long could this “largess” be sustained? What will they be capable of managing in a post-oil economy that will be imposed sooner or later? 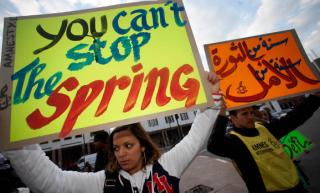