A year ago I wrote a piece on Lebanon’s political mess that focused on how the country was still functioning – to say the least – without a proper government in place. Four months ago and countless rounds of negotiations afterwards, the state finally got itself a new Prime Minister – the Sunni leader Tammam Salam- and a new cabinet. The new government of national interest’s first task was to issue a much-awaited ministerial statement, vitally agreeing on its responsibility to preserve Lebanon’s sovereignty, independence and territorial integrity through all legitimate means and affirming the right of Lebanese citizens to resist Israeli occupation, respond to Israeli aggression and liberate Lebanese occupied territories. This allowed the Parliament to grant a confidence that would guarantee immunity in the event of a void in the Presidency.

A wise move, for everybody knew that was not unlikely to happen. 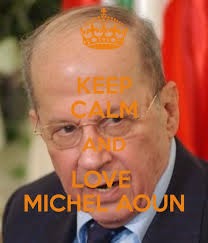